Sonoma County Cyclist Peter Stetina Gets a Hand From SRO 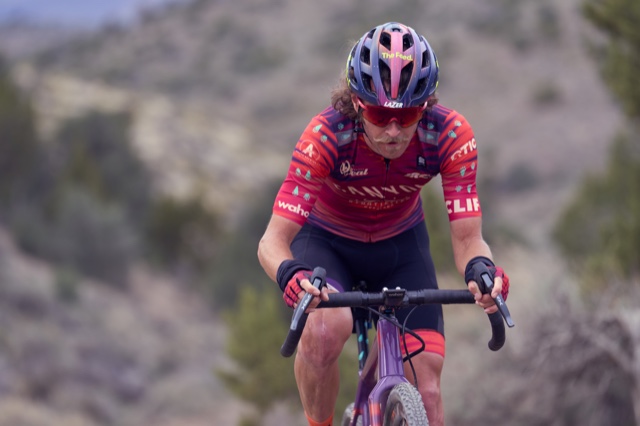 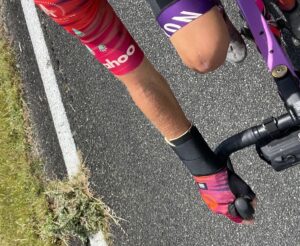 Once home, he visited SRO Certified Hand Therapist Tracey Edblom, who has a doctorate in Occupational Therapy with a specialization in hand therapy including working with Olympic skiers, so this was the perfect answer for Stetina, “SRO was able to see how this directly affects my career and happily agreed to streamline my recovery process to give me the best chance possible to salvage my season. Only 72 hours after my break I was in Tracey’s office in Petaluma where she molded a lightweight yet protective splint between my wrist and handlebars allowing me to have a safe grip on the bike so I may continue to train.”

Stetina’s need was urgent because next up on his spring schedule is one of the premier gravel cycling races in the country, the 132-mile Belgium Waffle Race (BWR), where he is the reigning two-time champion. The BWR is being held in San Marcos (northern San Diego County) California on May 1. It is noted for its irreverent, let-it-all-hang-out vibe as racers confront intense terrain of dirt, gravel, single-track, steep bergs, long climbs, creek crossings, and unrelenting headwinds.

Renowned for his toughness and determination, Stetina vows to be on that starting line if he and his hand can see a way forward. Sometime before the competition, he will visit SRO hand and upper extremity specialist Dr. Dominic Mintalucci, whose examination will help prepare for an updated splint after Stetina’s initial weeks of recovery.

Writing recently for Velo News, Stetina framed the challenge by saying, “The diagnosis for a pro athlete looks a bit different than a doctor might traditionally prescribe; we tend to push the limits in terms of timing and rehabilitation. The fact my break didn’t get worse was a bit of an accidental test in its stability…This means we will let pain be my guide throughout recovery. I will need to listen to my body and delineate normal pain from a ‘this bone is cracking more’ type of pain.

Cycling runs in Stetina’s blood. His father Dale Stetina is a USA Cycling Hall of Famer and two-time Coors Classic overall winner, and his uncle Wayne also won the Coors once. His mother is the former logistics coordinator of the Coors race, which came through Sonoma County for several years in the late 1980s. Stetina had a 10-year career on the World Tour as a road racer, including four appearances in the Giro D’Italia, two in the Tour de France, two in the Vuelta a España, and multiple world championships representing Team USA. In 2019, he made a dramatic career change in switching from the road to gravel and adventure racing. The past two years’ pandemic complications aside, he is having the time of his life.

Stetina is no stranger to cycling injuries, which he looks to hold him in good stead in recovering from his broken hand. In April, 2015, he suffered a broken knee cap and four broken ribs on the first stage of Tour of the Basque Country when he slammed into a metal bollard bordering the course. Just four months later, he competed in the Tour of Utah, affectionately known as “America’s Toughest Stage Race,” by walking across the finish line with a cane.

Assuming he can get to the finish line of the BWR under his own power later this month, one thing his many fans in Sonoma County and the larger cycling world can count on is that with an assist from SRO and his medical crew, he will have given every ounce of himself to the effort, over all 132 miles. SRO’s tag line truly says it all, SRO, We Keep you in Motion”.