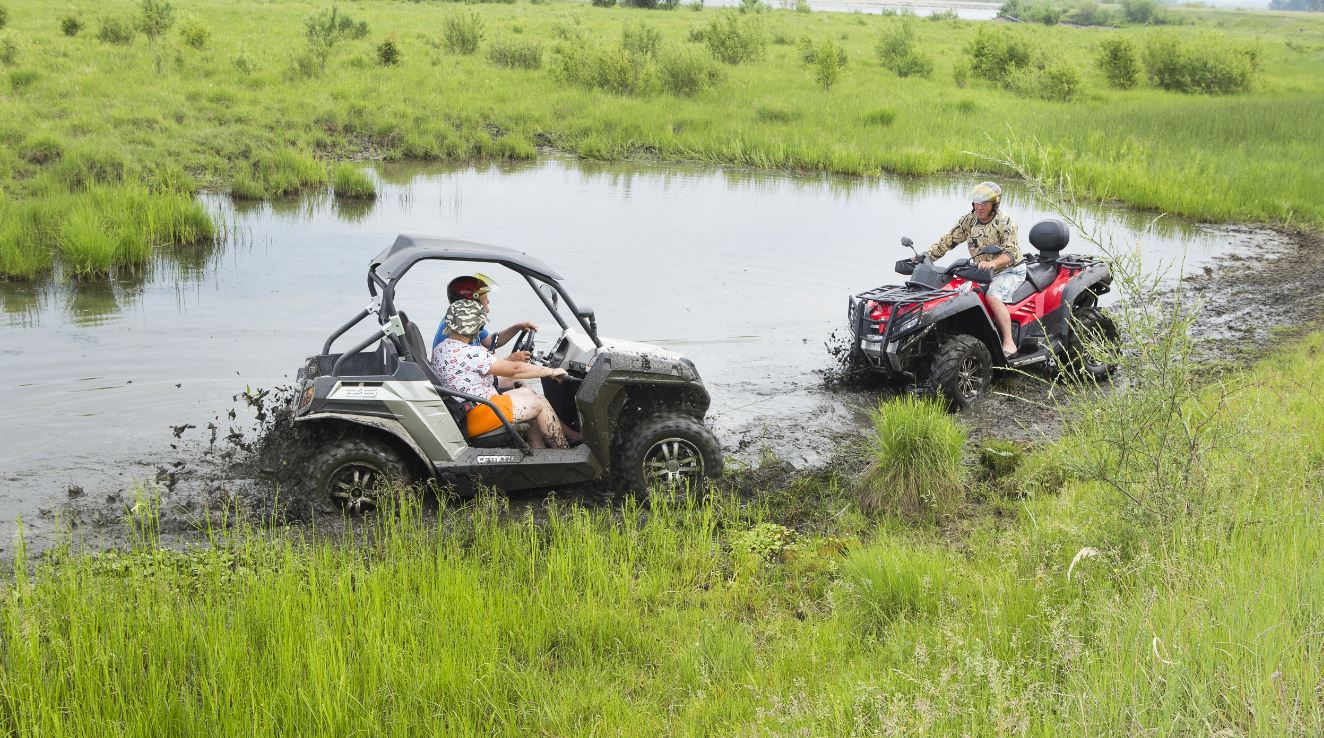 The ATV Dangers to Children and Adults

A Concern for Orthopaedic Trauma Surgeons

All-terrain vehicles (ATVs) are popular among outdoor enthusiasts of all ages for trail riding, back road excursions and more.  As the popularity for these vehicles has increased ATVs have become bigger and faster, and more enticing to teens and younger children.

ATV vehicles are also becoming more evolved as a sports recreational vehicle, creating a more thrilling and faster ride while increasing the injury risk factor. Luckily, the more common injuries are bumps, bruises and occasional fractures. The more serious injuries reported by emergency services include trauma to the spine and pelvis, and these injuries are all too frequently the result of accidents involving rollovers. Concussions and other head injuries are also a major concern for riders not wearing a helmet. These types of injuries are even more of a problem for underage ATV drivers.

One study from Clinical Pediatrics says an average of 11,000+ children and teens are treated for nonfatal ATV-related head and neck injuries annually in emergency departments. All-terrain vehicle-related deaths involving kids younger than 16 accounted for more than 1 in 5 of the 15,000-plus ATV-related deaths recorded between 1982 and 2017 in the United States, according to a recent Consumer Product Safety Commission report. The number of these types of injuries typically begin to appear around April as the weather warms up and lasts through September. At the peak of the season injuries average as many as 68 per day on the weekends.

ATV’s Account for a High Number of Emergency Room Visits

While all-terrain vehicles (ATVs) are generally used safely by responsible owners for recreational purposes, they can still be extremely dangerous for inexperienced riders. An estimated 101,200 ATV-related injuries were treated in emergency departments in 2016, according to the US Consumer Product Safety Commission (CPSC). Of those injuries, an estimated 26 percent involved children under the age of 16.

Children under the age of 12 accounted for almost half of injured youth in the study despite the recommendation by the American Academy of Pediatrics that children should be at least 16 years of age — old enough to drive a car — before they operate an ATV. Younger children who sustain injuries from an ATV were more likely than teens to receive broken bones and they were more likely to be injured when thrown from an ATV. Teens were more likely to be diagnosed with concussions and closed head injuries and to be injured by a vehicle rollover. The majority of pediatric patients, 55 percent, sustained at least one bone fracture at or below the cervical spine, which is the upper part of the spinal column near the neck. Most often, fractures occurred in major bones in the thigh and shin with the femur and tibia being the more commonly fractured.

Orthopaedic injuries reported in all patients range from broken arms and legs, dislocated hips and foot amputations. Head injuries are the leading cause of death. Many injuries occur when an ATV rolls over, landing on the operator or passenger. Other injuries result when an operator loses control of an ATV, is thrown or falls from an ATV, or collides with another vehicle or a fixed object, such as a tree. Driver inexperience, excessive speed, lack of helmet use, and intoxication are all risk factors for injury. Due to their inherent danger, the American Academy of Orthopaedic Surgeons (AAOS) considers ATVs to be a significant public health risk.

Nobody wants to think about having an accident or enduring a sudden injury, and when the worst happens SRO’s Trauma Team are the healthcare professionals you will want in your corner. The spectrum of cases treated ranges from patients with a single fracture to those suffering from multiple, life-threatening musculoskeletal injuries. State-of-the-art techniques are used in the treatment of associated injuries to nerves and blood vessels and incidents involving soft tissue loss.

SRO’s specialists in orthopaedic trauma care are committed to using techniques that are both leading edge and time tested to ensure that your recovery is as expedient and  thorough as it can be. Our trauma team specialists respect how potentially complex orthopaedic conditions can be and so they work closely with other highly skilled orthopaedic sub specialist in the Bay Area, including physicians of Santa Rosa Orthopaedics. Learn more by visiting the SRO Orthopaedic Trauma Center or call (707) 546-1922.