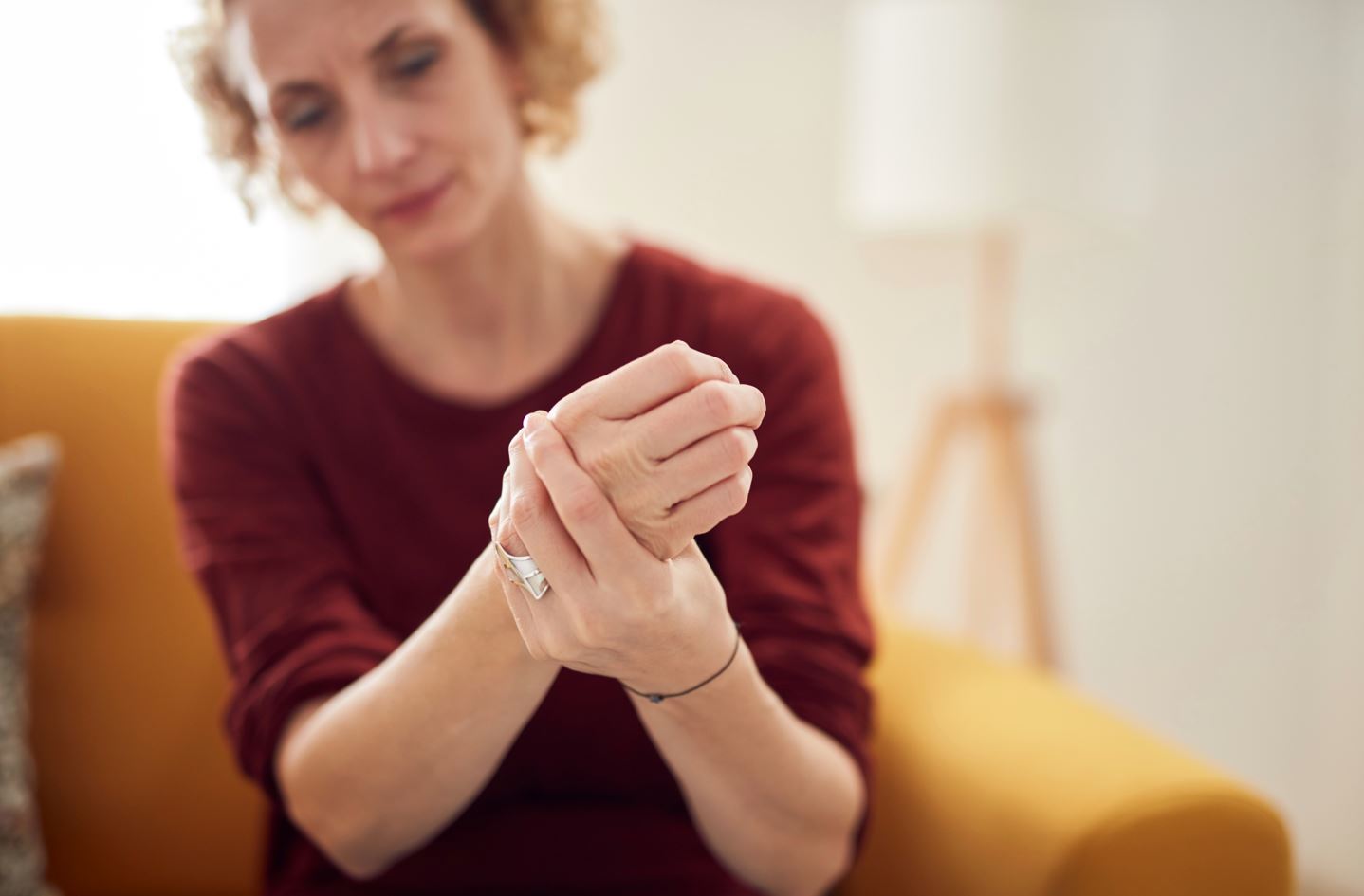 Dupuytren’s disease is a condition that affects the fibrous layer of tissue that lies underneath the skin in the palm and fingers. This layer of tissue called ‘fascia’ can thicken over time causing the fingers to be pulled inward or contract, towards the palm.

Dupuytren’s contracture can eventually interfere with normal hand function, making it difficult to accomplish even simple daily activities. Treatment at this point involves both nonsurgical and surgical methods aimed at slowing the progression of the disease and to improve motion in the affected fingers.

The fascia is a layer of tissue that helps to anchor and stabilize the skin on the palm side of the hand. Patients who suffer from Dupuytren’s disease experience a thickening of the palmar fascia which then slowly begins to tighten. The disease first manifests as lumps of tissue, or nodules in the palm of the hand, under the skin. A roughness on the surface of the palm then begins to form as the diseased tissue pulls on the overlying skin.

Dupuytren’s contracture typically develops very slowly over years, and in some patients, symptoms remain mild, and no treatment is needed. In cases where the condition makes it difficult to straighten the affected digits, treatment to reduce the contracture and improve motion in the affected fingers may be required.

Treatment for Dupuytren’s Disease begins with anti-inflammatory steroid injections, which can help to slow the progression of a contracture. Success of this treatment varies among patients. Hand therapy and stretching exercises may also be recommended for the mildest forms of Dupuytren’s and can be used along with other treatments.

Splinting as a preventative measure is not recommended for this condition as it could cause further injury to the hand. However, splinting is often used following surgery to protect the surgical site and to support healing.

New treatments are being developed some of which are now available. These treatments are intended to reduce a contracture and improve motion in the affected fingers by disrupting the tethering effect of the Dupuytren’s cords.

An injection of an enzyme solution was approved by the Federal Drug Administration recently. This enzyme, a collagenase, is administered on an outpatient basis by doctors trained in the technique. This treatment typically results in less pain and swelling than major surgery. Early results for enzyme injection are promising, and long-term results are being monitored as this treatment develops.

Another, relatively new, minimally invasive procedure called needle aponeurotomy is performed on an outpatient basis by surgeons trained in the technique. During this procedure, the surgeon first numbs the hand with a local anesthetic, then the sharp end of a hypodermic needle is passed back and forth through the restrictive cords to weaken and rupture the diseased tissue. The diseased tissue is not removed but, rather, is lengthened in the process, by breaking it apart. Early results for needle aponeurotomy appear similar to those of surgery and enzyme injection, but long-term recurrence rates are not yet known.

When surgery is recommended, it is intended to provide relief to the patient by reducing the restricting effect of the cords by either disrupting or removing them. Even in best case scenarios, as the tissues heal from surgery there is potential that cords will redevelop in the future. Nevertheless, the hand function that is recovered from undergoing surgery can still be quite substantial, helping patients to resume more normal activities.

The SRO Hand Center affords each patient, state-of-the-art medical care in a friendly and compassionate environment. Our team treatment model focuses on diagnostics and meticulous surgical details, in addition to carefully monitored post-surgical rehabilitation and recovery.

When you lose mobility due to injury or disease, you want and deserve the best possible care. Specialized attention must be given to all of the physical elements that work together to create healthy function of the hand and arm. Surgeons and orthopaedic specialists at Santa Rosa Orthopaedics provide just that care. Learn more …